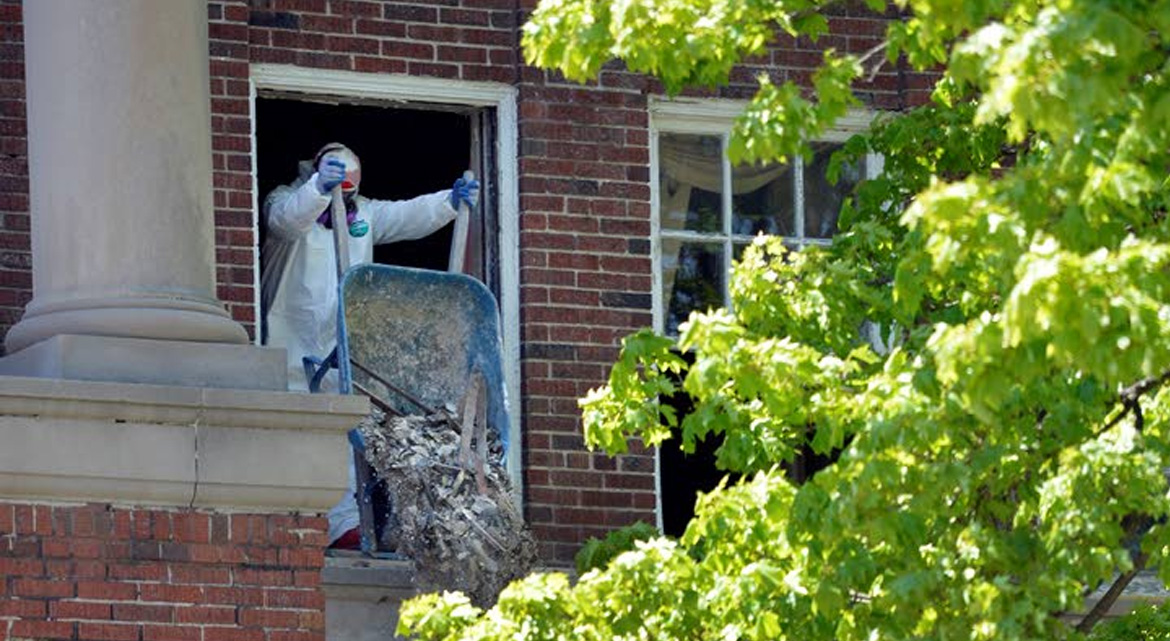 Crews gutting interior in advance of construction work this summer

Restoration of the historic 100-year-old Heritage House Inn is expected to begin in late June or early July, pending the completion of negotiations between the city and the developer Gorman & Co.

Meanwhile, preparation work has already begun, with crews cleaning up and clearing out interior materials from the former Elks Club building, 5706 Eighth Ave.

Monday, workers could be seen wearing protective body suits and respiratory masks removing debris that could have included mold and asbestos, according to City Administrator Frank Pacetti.

The city and Gorman are still negotiating the final details of the restoration project to convert the Heritage House into an 80-bed downtown boutique hotel.

But Pacetti said he expected no problems with negotiations, saying construction will proceed as planned.

“The developer asked if they could begin clearing out materials,” Pacetti said.

Gorman and the city are negotiating the terms of a $122,500 contract that would allow the transfer of the city-owned property to the developer.

Gorman, a developer that specializes in historic restorations, has been awarded a $2.6 million development grant and $500,000 in city funding. The company is expected to spend $20 million on the project.

Ted Matkom, Gorman’s Wisconsin market president, said the company is planning to close on the contract in June and “major construction would begin in July.”

Labahn said the two-phase project would begin with renovation of the existing building, following historic site guidelines that require the developer to maintain the integrity of the building to ensure that it retains its original look.

The second phase includes construction of a four-story, 80-bed addition on the south side.

The boutique hotel will feature a 400-person ballroom and 15 historic suites.

Labahn said other Gorman projects include Milwaukee’s Brewhouse Inn & Suites at the former Pabst brewery that features a 90-room extended hotel and suites.