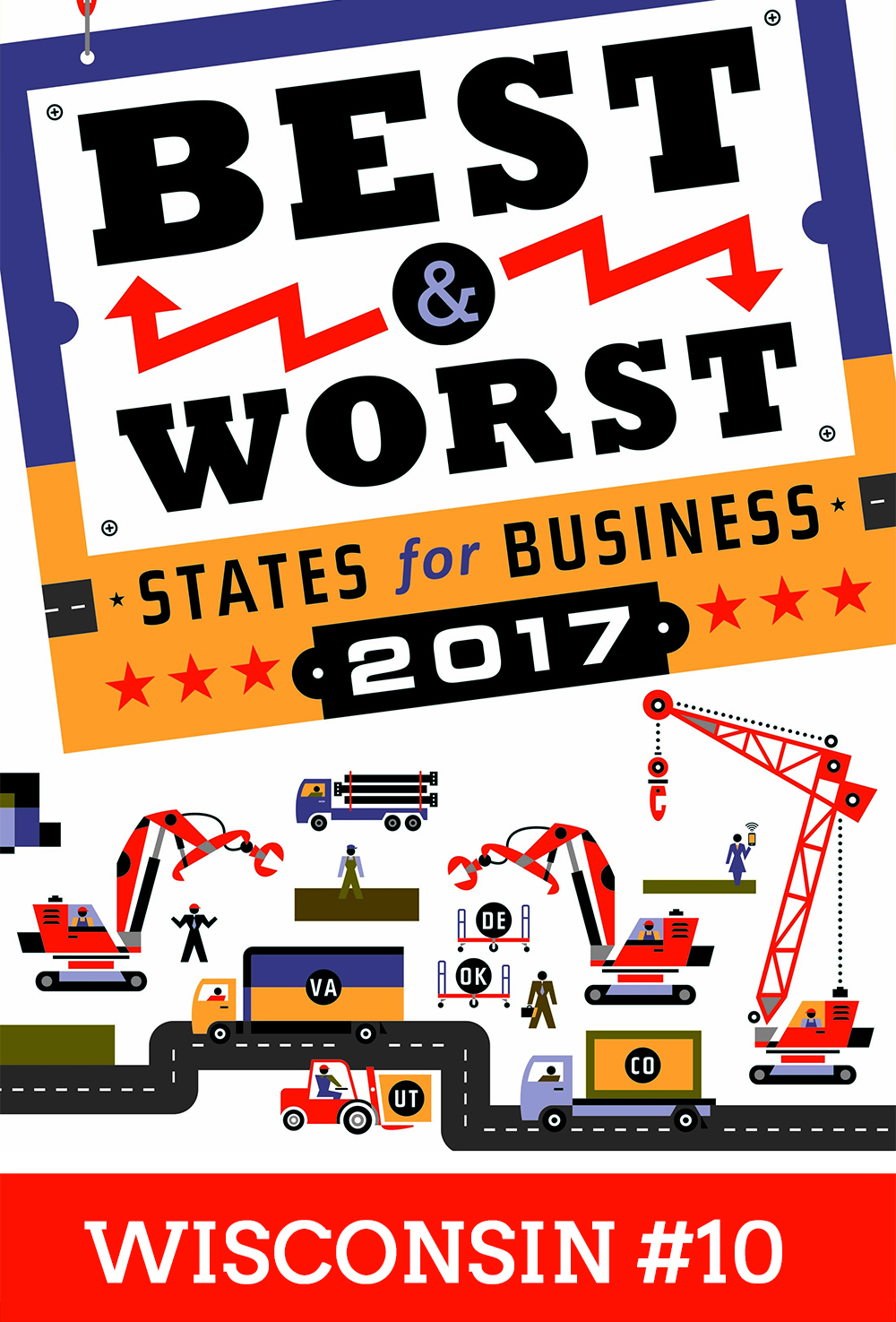 Governor Walker was featured in Chief Executive Magazine’s 2017 Best/Worst States for Business to talk about Wisconsin’s steady rise in the rankings. See excerpts from the article below.

Wisconsin’s rise into the top 10 of Chief Executive’s “2017 Best States for Business” has been the steadiest ascension in the rankings over the past five years—and one of the most deliberate.

“[Governor Walker’s] done a tremendous job of communicating to the world that Wisconsin is open for business,” Anthony Pratt, CEO of Pratt Industries, which recently decided to place a new box-manufacturing plant in Beloit, Wis., told Chief Executive. “And on a macro level, he’s done a great job of bringing down costs in Wisconsin.”

Another recent haul for Wisconsin was the first North American plant for Haribo, the giant German confectioner that chose a site in Pleasant Prairie, Wis., just north of the Illinois border. “This location offers us access to talent, flexible supply opportunities and exceptional community support,” said Keith Danoff, vice president of marketing for Haribo America.

Blake Moret, CEO of Rockwell Automation, a long-time industrial stalwart of Milwaukee, underscored that fact that leaders of existing companies are also pleased with Wisconsin’s progress. “The state recognizes its heritage and opportunity for manufacturing,” Moret told Chief Executive.