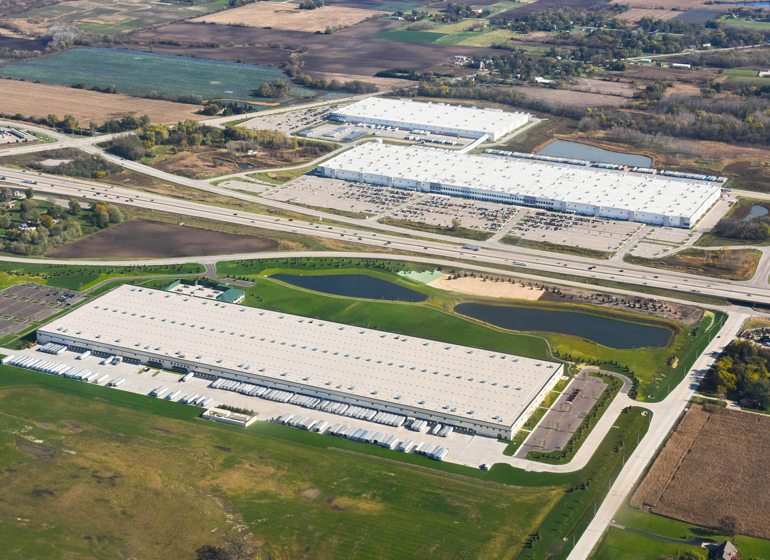 Pleasant Prairie-based Uline Inc. now plans to build two new distribution centers along I-94, a $130 million project that would add 350 jobs, according to documents submitted to the city of Kenosha.

During the summer, documents submitted to the Wisconsin Department of Natural Resources suggested the company would build a 1.29 million-square-foot distribution center between Highway 142 and its two current buildings along the interstate.

Uline is now seeking approvals from the city of Kenosha for two buildings. The first would be a nearly 1.1 million-square-foot distribution center located immediately south of Highway 142 and just east of 128th Avenue.

The second building would be a nearly 644,000-square-foot distribution facility located just east of the first new building.

The two buildings would complete the four-building campus Uline has been constructing over the last several years.

Hiring for the new facilities would take campus employment from around 700 to 1,050, a company official said