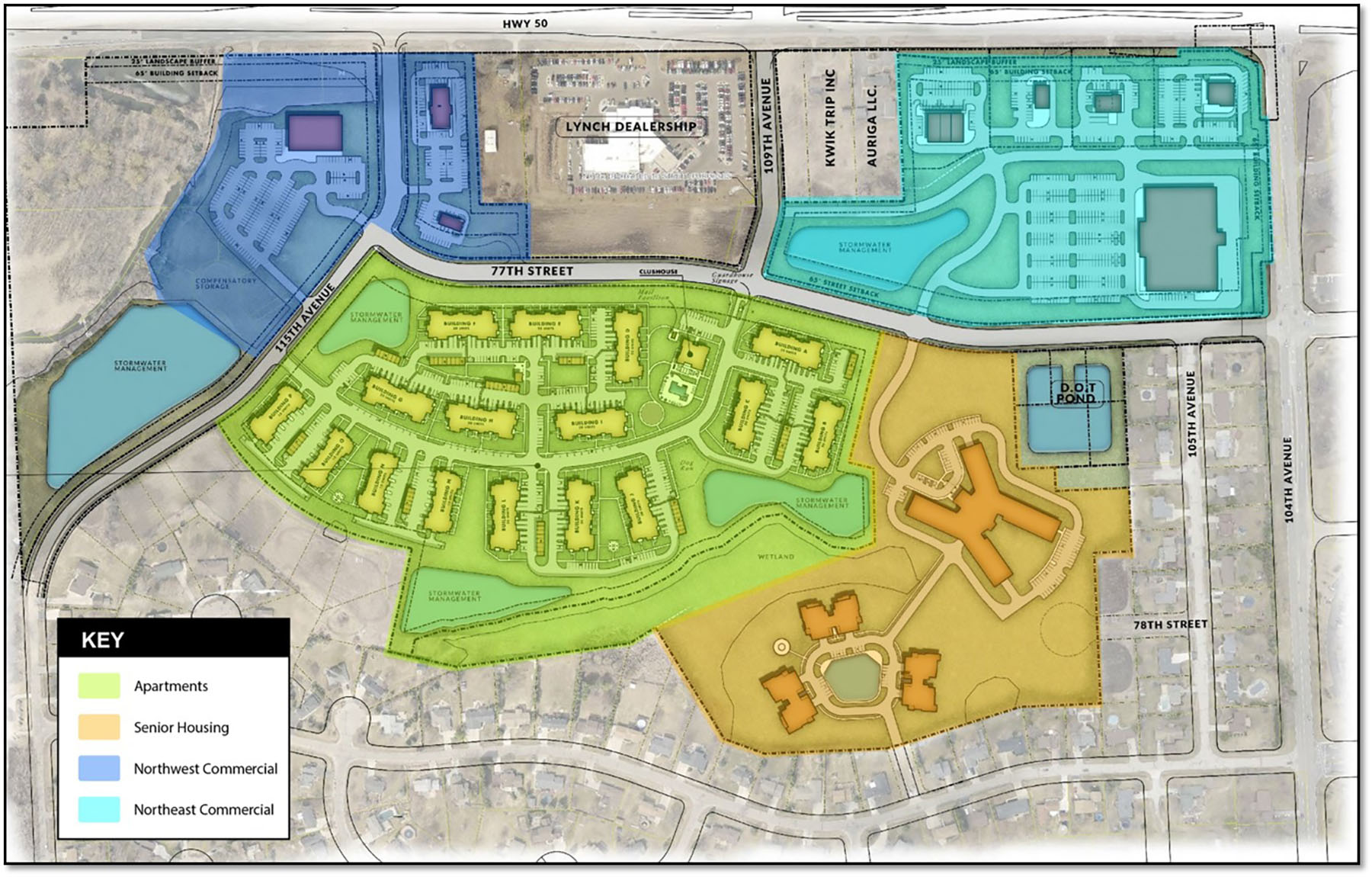 The Village Board approved Resolution #21-03 for Tax Incremental District No. 8 (TID 8), thereby authorizing the project plan, boundaries, district name, and mixed-use classification. The District consists of approximately 127 acres of land in the Village of Pleasant Prairie, generally located south of State Trunk Highway 50, north of 79th Street, between 104th and 115th Avenues.

“The creation of TID 8 will develop an area in the Village that has remained undeveloped for decades due to complicated environmental restrictions and a lack of coordination between multiple property owners,” said Nathan Thiel, Village Administrator. “TID 8 is necessary to finance public infrastructure improvements that will support the multi-phase developments planned for the District.”

The project plan for TID 8 promotes mixed-use developments, consisting of commercial and residential projects that will create approximately $89.6 million in new value over the TID’s life. The evaluation equates to nearly $27.8 million in tax increment collections over the next 20-years. The new District enables public infrastructure improvements for the area, such as roadway extensions, intersections, traffic signals, turn lanes, municipal water, sanitary sewer, and stormwater management. The design and construction cost of the improvements will be around $14.6 million. Adding administrative and other project costs will bring the proposed project total to an estimated $15 million. The first phase of public improvements will extend 115th Avenue to State Trunk Highway 50, and complete 77th Street between 109th and 115th Avenues.