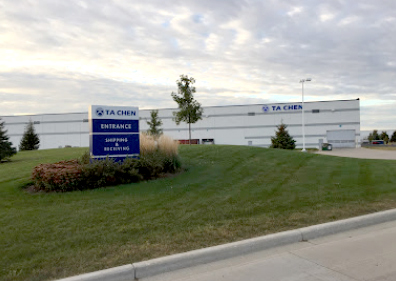 Taiwan-based Ta Chen International Inc. plans to expand its distribution facility in Pleasant Prairie as a result of growing demand as well as a number of recent acquisitions the company has made.

The existing Ta Chen facility as well as the now-vacant land where the planned building addition will be constructed. (Credit: Kenosha County GIS)

The distributor of non-ferrous metals moved into its current 471,000-square-foot facility at 8500 109th Street about five years ago. It is now looking to expand with a 265,298 building addition on the eastern side of its facility, according to documents filed recently with the Wisconsin Department of Natural Resources.

“We’ll be expanding our current operations, and it’s due to growth in demand as well as acquisition,” Rick Barbitta, a branch manager with Ta Chen, said.

Read more in the Biz Times.