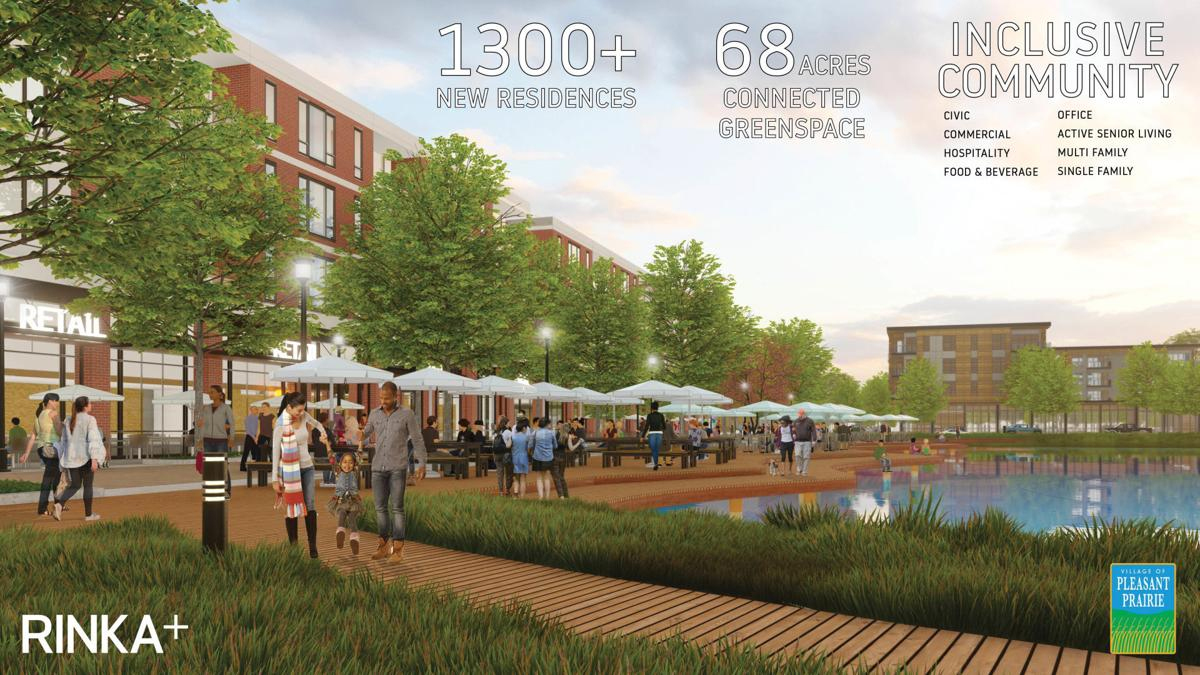 If southeastern Wisconsin is a hot spot for for industrial growth, then the Village of Pleasant Prairie continues to stoke the fire.

In a year when the COVID-19 pandemic brought many regions to a near economic standstill, the village continues to show signs of good health.

It offers a diverse array of companies in the food processing, medical instrument, pharmaceutical, distribution and light automated manufacturing industries. And, it has forged and enhanced ties with partnerships with the Wisconsin Economic Development Corp., Kenosha Area Business Alliance, Milwaukee 7, and other economic development organizations that continue to pay dividends.

“Clearly COVID-19 has impacted the way we conduct business, but there continues to be interest in development in the village,” Village Administrator Nathan Thiel said. “It continues to grow and is an attractive location to live, work and play. I believe it has everything to do with the mission and values of our community to promote and preserve investment in our community.”

A host of relocations from Illinois and other regions, expansions of existing facilities and the development of previously announced projects came to fruition in 2020.

The 2,391-acre Lakeview development is home to more than 80 diverse companies that employ more than 8,500 people, according to park developer Wispark.

Stateline 94, a 116-acre corporate park at 122nd Street and 120th Avenue, will be the new home for Fresenius Kabi, a global health care products maker. It is expected to create 100 jobs.

Throughout the year, Pleasant Prairie served as a welcoming committee ushering in new capital projects.

Snap-on Logistics, a unit of the Kenosha-based multinational Snap-on Corp., announced plans to consolidate some of its warehouse operations in the village. It purchased a 112,052-square-foot building formerly housing MG Design Associates in the Lakeview Corporate Park.

A month earlier, Pfizer, creator of one of the two COVID-19 vaccines currently in use in the U.S., brought attention to the village. It announced it would use an existing distribution facility to store and ship the vaccine.

Nosco Inc., a Gurnee, Ill.- based manufacturer of packaging for the pharmaceutical industry, is expected to move into its new facility at 1120 88th Ave., in Lakeview in spring 2021.

Nexus began construction on a 100,000-square-foot manufacturing facility on 16 acres at the northwest quadrant of County Highway Q and 128th Avenue. A year ago, the WEDC named Nexus its economic project of 2019.

The village has completed the second land sale to Haribo. The company plans to develop the 136.8 acres located at the southwest corner of 122nd Avenue (west of Frontage Road) and County Highway C (Wilmot Road). Phase One construction will include a 487,400-square-foot production building with warehouse and administrative spaces.

Meanwhile, the deconstruction of the We Energies Power plant is ongoing. The facility has been a skyline icon for many years.

Residential development also was important in Pleasant Prairie. As the village grows, there is a need for more housing. And development happened and will continue into 2021.

Thiel said the main focus has been multi-family units. He said one of the most exciting projects the village has been pursuing the past few years has been the Village Green Center and downtown conceptual design.

The 42-lot single-family Creek Terrace subdivision will enter the final phase of the Creekside Crossing development. It is being developed by Bear Development for Creekside Investments, owners of the property north of the current Creekside Circle development located off 91st Street, between 62nd Avenue and 66th Avenue.

The Primrose of Pleasant Prairie senior living development is planned for the 18-acre property located east of Old Green Bay Road between 105th and 107th Streets. it is scheduled for completion in fall 2021.

Asbury East subdivision will have 19 single-family homes that will divide 9.89 acres of vacant land east of 94th Avenue and north of Bain Station Road.

The creation of Tax Incremental District No. 8 will help support new development in the area. The River View Neighborhood is the first development planned for the district. The proposed plans will develop approximately 95 acres generally located between 75th and 79th Streets from 104th to 115th Avenues.