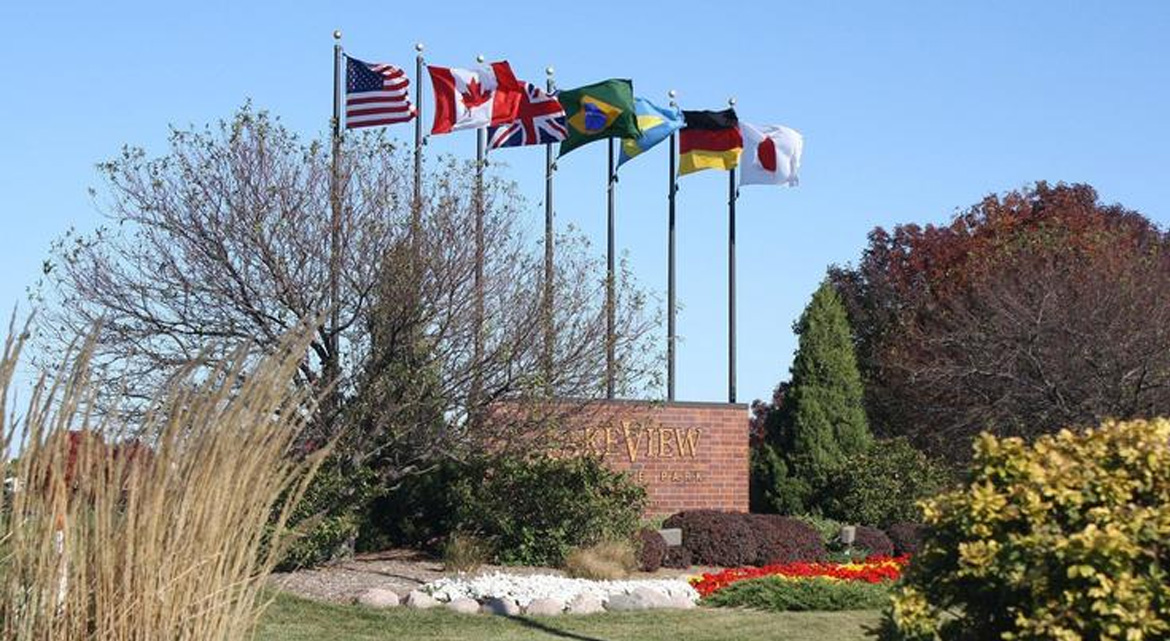 The Village of Pleasant Prairie in nearby Kenosha County was preparing to close Monday on its $37.5 million purchase of nearly 460 acres of land from Lake County-based Abbott Laboratories, setting the stage for the creation of a new corporate park in a community that has already lured dozens of businesses across the Wisconsin state line.

Pleasant Prairie won final approval last week from a panel consisting of area taxing districts to launch a tax-increment financing plan to build roads and hookups to water and sewer services, making the Abbott land shovel-ready for businesses looking to relocate or expand.

The anchor tenant will be the German confectioner Haribo, which will use about 137 acres and build its first North American manufacturing facility, as announced in March by Wisconsin Gov. Scott Walker.

The plan marks another example of the business-friendly approach adopted in Wisconsin, where officials have used low taxes and incentive deals to attract investment. Walker, who will reportedly seek a third term as governor next year, has slashed income and property taxes and led the state to a low unemployment rate while working to curtail workers’ collective bargaining rights and reduce education spending.

“Our deal is to present a good package where the costs are less than they are in Illinois,” said Michael Pollocoff, the Pleasant Prairie village administrator who will retire May 31 after 32 years on the job during which the village nearly doubled its population. “Our business environment is very stable.”

The TIF district, along with additions to an already-existing district, is projected to allow Pleasant Prairie to make more than $54 million worth of infrastructure improvements, village documents show.

“Pleasant Prairie and Kenosha have been pretty focused on economic development,” said Todd Battle, president of the Kenosha Area Business Alliance, an economic development group comparable to Lake County Partners. “A lot of work is put into planning and building infrastructure, setting up industrial parks, properly zoning, having all the requisite infrastructure and utilities. And there’s a pretty good inventory of development sites and buildings.”

Tax-increment financing is a mechanism by which a municipality freezes the property tax base in a given area. As the value of the land in the area increases, the tax revenue from the increased value is used to pay off bonds sold to finance infrastructure rather than going to the municipality’s general fund. Typically, once the bonds are paid off, the TIF district is retired, and the taxes from the increased property value return to the general fund, which pays for services such as parks, fire and police.

But if the value of the land were to plummet in a recession, village taxpayers would still be on the hook for repaying the infrastructure bonds. Pollocoff said that’s never happened in Pleasant Prairie.

“The residents have never paid a dollar on a TIF bond,” he said.

The land the village recently acquired from Abbott is part of the new TIF district, which is west of Interstate 94 and between Kenosha County highways C and Q, according to a village press release. Officials have dubbed the facility they are planning Prairie Highlands Corporate Park.

Abbott had owned the land since the mid-2000s and was holding it for a potential expansion. Last year, Pleasant Prairie asked Abbott if they wanted to sell it.

“In 2005 and 2006, Abbott purchased land in Pleasant Prairie in anticipation of potential future growth,” said company spokesman Scott Stoffel in an email. “In recent years, a great deal has changed at our company, most notably with the separation of AbbVie and our purchase of St. Jude Medical.

“The Village of Pleasant Prairie approached us about purchasing the property. Since we have no near-term plans to develop the property, we’re selling it, allowing the village to develop the shovel-ready site as a corporate business park.”

Pleasant Prairie officials are hoping to build on their efforts at LakeView Corporate Park, which since the late 1980s has brought more than 8,300 jobs and nearly 11 million square feet of manufacturing, warehouse, office and retail space to the area. That development lies on the opposite side of Interstate 94 from the planned Prairie Highlands Corporate Park.

Many of the businesses that relocated to the LakeView development came from Lake County — including manufacturers Wickeder Steel Co., which came from Vernon Hills in 1995; Rehrig Penn Logistics, which came from Gurnee in 1996; and ZF Electronics Corp. and Norstan Inc., which came from Waukegan in 1998 and 2002, respectively, according to a document at LakeView’s website.

And Pleasant Prairie landed more than 800 jobs alone from distributor Uline, which has been transitioning from Waukegan over the years.

“They’re moving lock, stock and barrel out of Illinois,” Pollocoff said of Uline.

Pleasant Prairie isn’t the only Kenosha County community attracting business from Lake County. In October, two Lake County packaging companies announced they would leave for Wisconsin. Lake Villa-based Vonco Products said it would move its 86-person headquarters and operations to Salem Lakes, and Colbert Packaging said it would move 65 jobs to Kenosha. Both companies cited Wisconsin’s “favorable climate” for businesses.

A Vonco press release from late last month said the company’s new 80,500-square-foot production facility and company headquarters is nearing completion. A hiring event for entry-level positions will be held Wednesday from 7:30 to 10:30 a.m. and 3 to 7 p.m. at the Salem Lakes fire station at 11252 254th Court.

Vonco could win up to $500,000 in Wisconsin state tax credits over three years depending on how many jobs it creates, according to a previous Chicago Tribune story. Salem Lakes was also offering local subsidies to support the business park where Vonco planned to relocate.

Kevin Considine, president at Lake County Partners, said in an interview earlier this year that Wisconsin has been “aggressive with the incentives” to attract businesses.

“You can always go farther out and find cheaper land and lower taxes,” Considine said. “We can have sort of a healthy debate.”

Considine said he viewed the sale of the Abbott land as the company saying, “We’re not going to move there; we’re going to stay here.”

He added that Lake County’s strengths lie in its “deeper talent pool” — it is far more populous than Kenosha County — and its cluster of companies in the biopharmaceutical, precision manufacturing and health care sectors. He said businesses have told him their main challenge has been finding qualified workers and retaining them.

And Lake County has attracted businesses, as well, recently landing Caterpillar in Deerfield when the company decided to move from Peoria. Earlier this year, the state of Illinois announced it had ranked No. 3, behind only Texas and Ohio, on a list compiled by Site Selection magazine recognizing states with the most qualifying new and expanded business facilities per capita.

“Rather than get into the check-writing game, we’re focused on building a workforce,” Considine said.

Read the entire story at chicagotribune.com.