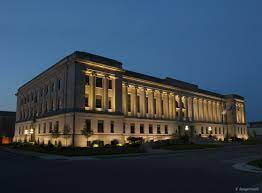 “A Triple A bond rating was a goal for me since I took office in June of 2008,” Kreuser said. “This comes as the result of years of strategic fiscal planning and the implementation of best practices by our county finance team, the administration and the County Board. This assures Kenosha County taxpayers will save money as a result of lower interest rates on our major projects.”

In its report issued today, S&P said it upgraded Kenosha County from AA+ to Triple A (AAA) because it “reflects a strengthening in our view of the county’s institutionalized policies and practices, stable budgetary resilience throughout the pandemic, and continued maintenance of very strong available general fund reserves.”

Kenosha County is now among only seven of the state’s 72 counties that has attained a Triple A rating. The other counties are Brown, Dane, Outagamie, Ozaukee, Washington and Waukesha. The State of Wisconsin is rated AA, while the state of Illinois is BBB- to BBB.