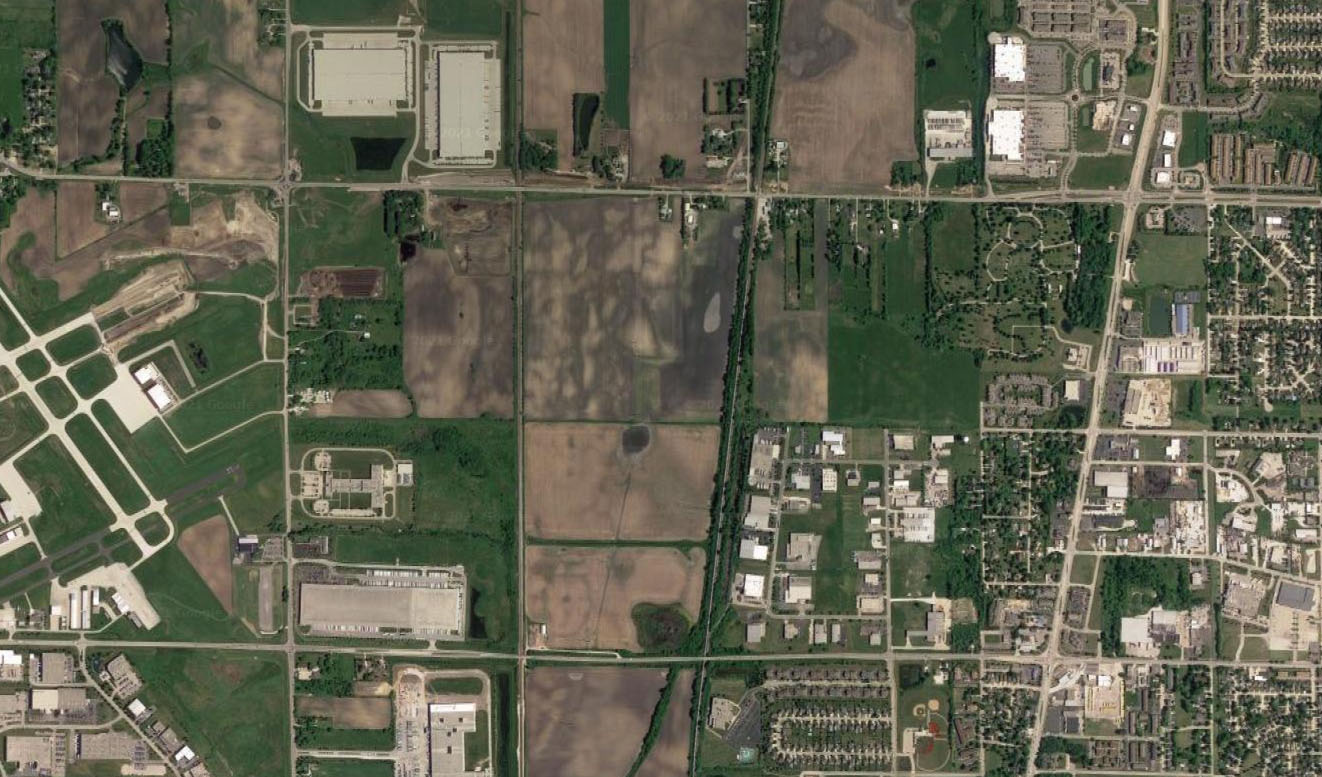 An Illinois-based developer is planning to construct a roughly 850,000-square-foot industrial building northwest of the Kenosha Regional Airport.

The warehouse would total 850,640 square feet, with the ability to expand to nearly 1.1 million square feet, according to plans filed with the Wisconsin Department of Natural Resources.

It would be built on 78.6 acres of what’s now mostly farmland. The project site is located south of 38th Street and east of I-94. It lies directly east of the Gordon Food Service distribution center and southeast of Amazon’s Kenosha facilities.

Rosemont, Illinois-based Venture One Real Estate is the project developer.

The project team is seeking environmental approvals from the DNR to construct the building. It has also submitted plans with the city. Those plans are being reviewed by various city departments, said Rich Schroeder, Kenosha’s deputy director of city development.

The land is owned by the Swartz family, who last year requested it be rezoned to allow for manufacturing uses. Development plans at the time were only conceptual, but they called for a 965,000-square-foot building. Schroeder confirmed that the city approved the rezoning request.

Venture One did not immediately respond to a request for comment.

Kenosha and Racine counties are seeing lots of industrial development, particularly along the I-94 corridor. Near the freeway are new business parks and industrial facilities created for such companies as Foxconn, Uline Inc. and Amazon.