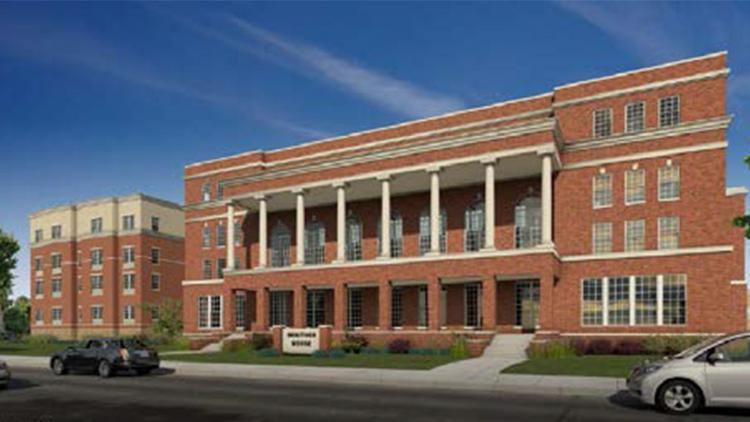 Kenosha’s historic Heritage House Inn, built in 1916, will be redeveloped by Gorman & Company into an 80-room boutique hotel. Gorman has secured all of the funding for the project and construction is expected to begin in September; a groundbreaking event is planned in late August.

The building at 5706 Eighth Avenue in Downtown Kenosha will undergo a complete renovation and, along with the 80 new guest rooms, will feature a new pub-style restaurant, a rooftop bar, and a 4,000-square-foot banquet hall and ballroom. A new addition will be built directly to the south of the historic building, which will house 65 of the 80 modern guest rooms. Construction is expected to be complete in early 2019. The hotel is expected to employ up to 75 people.

Public opinion against the demolition of the historic Heritage House building led Gorman to become involved in saving the structure and readapting it as a contemporary boutique hotel. Gorman specializes in redeveloping historic structures across the country for modern use, with their most notable local project being the Brewhouse Inn & Suites at the old Pabst Brewery site in Milwaukee.

“The strength and unique aspect of this project is the diverse and broad ranging partnerships and financing sources that came together to make this development in downtown Kenosha happen,” said Ted Matkom, Gorman & Company’s Wisconsin Market President.

“I am very excited about the Heritage House being able to move forward,” remarked Mayor John Antaramian. “A lot of people have worked hard to make this project a success. I believe this is one of the many positive developments that will be occurring in the downtown to encourage growth.

The $25 million development had several public and private partners that worked together to make this exciting project a reality. The development includes funding from First Business Bank, Impact 7, KABA, Gorman Co. and the City of Kenosha through tax incremental financing. It also received Federal and State Historic Tax Credits as well as New Market Tax Credits from the Greater Wisconsin Opportunities Fund (GWOF) and First-Ring Industrial Redevelopment Enterprise (FIRE). Heritage House is the first Kenosha project to receive tax credits from FIRE. The City of Kenosha, in partnership with Kenosha County, took title to the Heritage House through tax foreclosure and ultimately partnered with Gorman to make this project happen.

“This is an outstanding project for the downtown,” remarked downtown business owner and President of Downtown Kenosha Inc. Board of Directors Kevin Ervin. “This sort of development, the re-using of a building that was slated for demolition and will now be an integral part of the landscape? This is the kind of thing that Downtown Kenosha, Inc. and the MAINSTREET program dream of. This will be a catalytic project for Downtown Kenosha.”

Downtown Kenosha, Inc. Executive Director Nicole Thomsen said: “Many have been eagerly awaiting for this day and now it’s finally here! The work that has gone on behind the scenes to bring this catalytic project to our downtown is absolutely inspiring. The tenacity and community-minded vision put into this don’t go unnoticed. Downtown Kenosha Inc. is so grateful for the hard work and investment put into the Heritage House.”