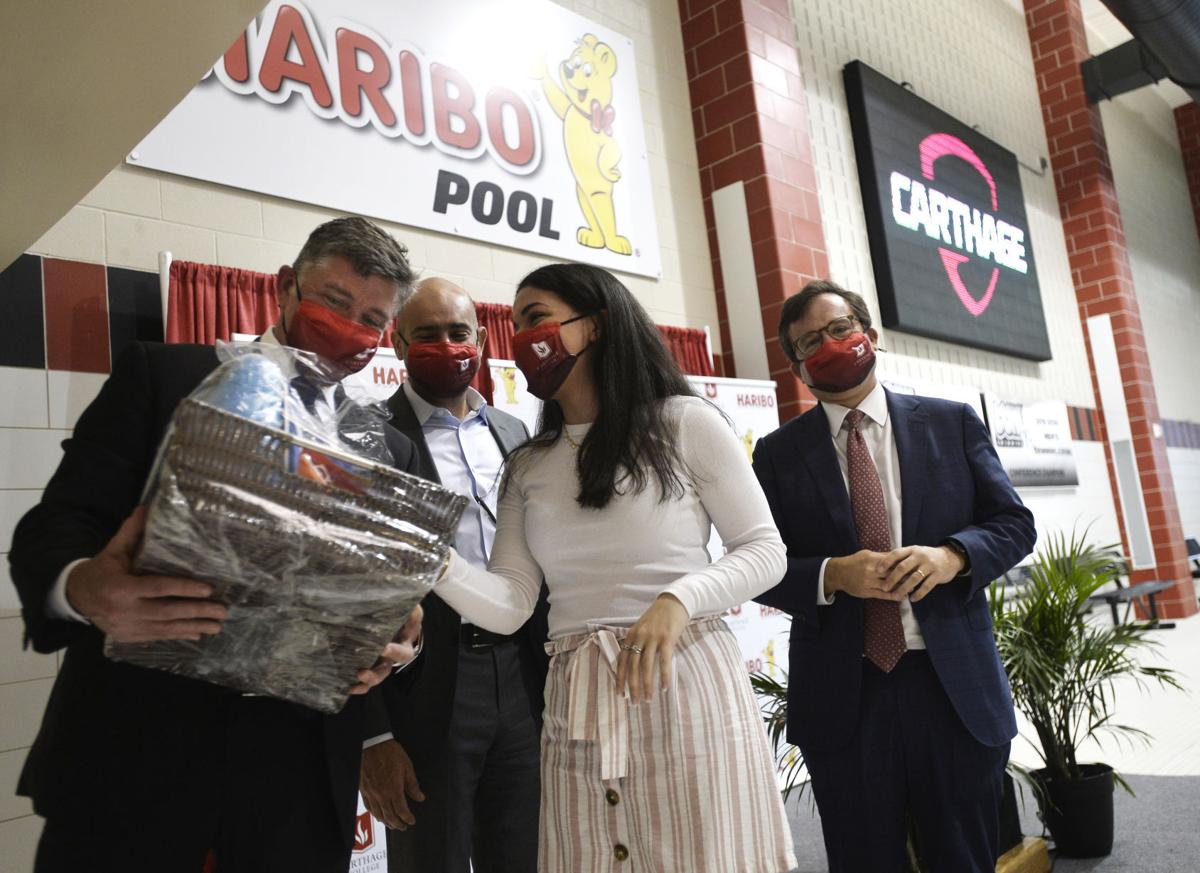 As plans were developing for its first North America production facility, Haribo Chief Operating Officer Rick LaBerge started to compile plenty of facts and figures before the company made a decision.

And at the time, there were 100 sites in Illinois, Indiana and Wisconsin under consideration.

As it turned out, the numbers didn’t matter as much to Hans Riegel, the grandson of Haribo founder, Hans Riegel Sr., as he told LaBerge and Chief Financial Officer Wes Saber that he was much more interested in seeing a potential community partner for himself.

And that’s what eventually tipped the scale for the global candy-making company to pick its new location in Pleasant Prairie — that sense of community.

Haribo in turn has given four significant monetary donations to the Kenosha community. On Thursday morning, it added a fifth with a joint announcement at Carthage College.

Officials from both Haribo and Carthage on Thursday announced a 10-year partnership between the two, and a $250,000 donation to establish the Haribo Scholars Fund, which will provide financial support and educational opportunities for Carthage students who hail from Wisconsin and Illinois.

As a thank-you from the college to Haribo, the college pool inside the Koenitzer Aquatic Center, was renamed Haribo Pool. Student athletes from the men’s and women’s swim teams kicked off the event with a special dive into the water, followed by a ribbon-cutting ceremony at the end.

“This is a big day,” Carthage President John Swallow said following the event. “It’s the beginning of a significant partnership with an excellent corporate citizen.