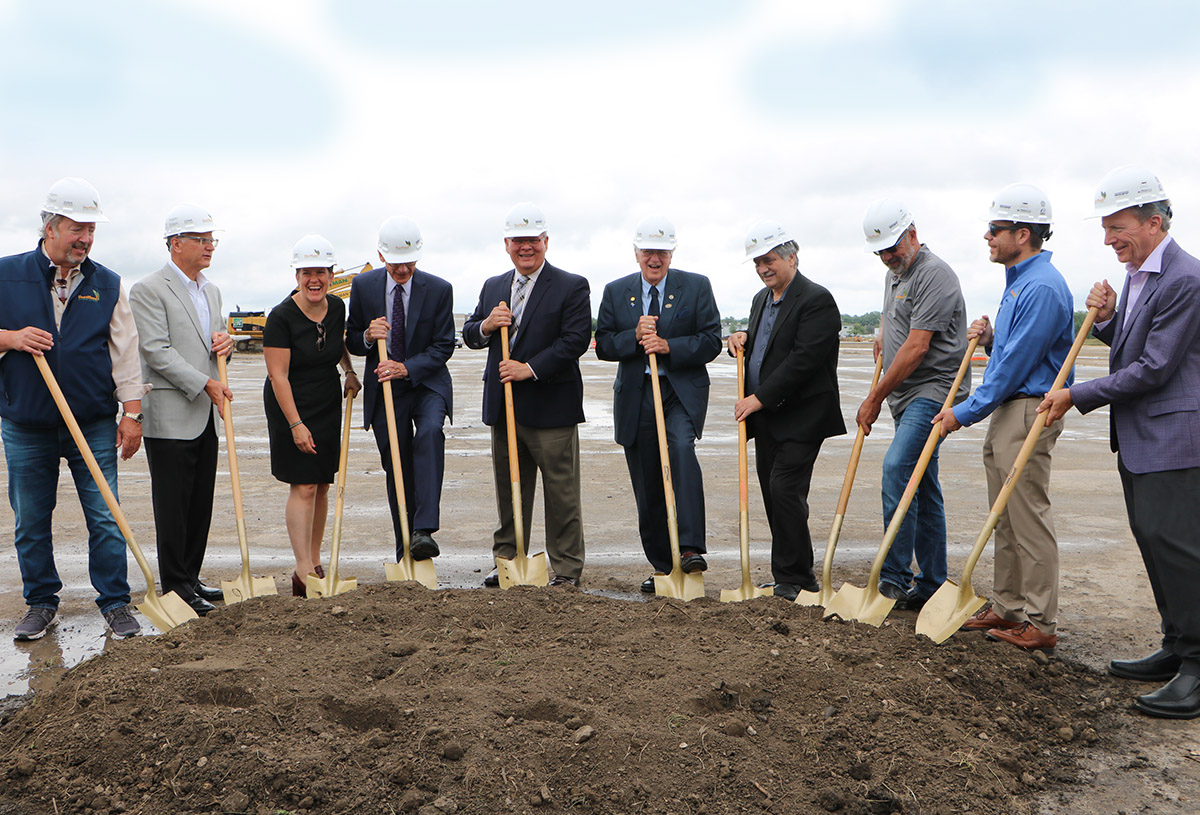 The announcement last month of the first business to commit to the former Dairyland Greyhound Track site was a significant step in an ongoing, and at times controversial, process in attempts to redevelop the site.

And early Thursday morning, the first shovels of dirt were turned, albeit in a ceremonially capacity, since grading work at the site has actually been underway for several days.

Gov. Tony Evers headlined the groundbreaking event for Heartland Produce Co., a Kenosha-based wholesale distributor for more than 25 years, which in June purchased approximately 31 acres of land at the 240-acre site at Interstate 94 and Highway 158.

Dairyland Greyhound Track closed in 2009, and former Gov. Scott Walker denied attempts to develop a casino at the site in 2015 during his failed bid to be the Republican presidential candidate for the 2016 election.

Heartland, which originated in Elgin, Ill., in 1989 and moved here in 1994, will take up residence in a new 206,000-square-foot cold-storage facility. There is also potential for even more future expansion of an additional 213,000 square feet.

The company, which distributes fruits, vegetables, organics and locally grown produce, is expected to employ about 180 people — an increase from the current workforce of 150 — at an average wage above $28 per hour, according to a press release issued after Thursday morning’s event.

Construction on the 31-acre site — purchased for $5.19 million — is expected to be completed by next spring. When the announcement was made in June that Heartland had made the purchase, Co-Owner and Vice President Ryan Dietz said the company had outgrown its current 80,000-square-foot facility at 4550 70th Ave.

“This project is a win for the community and our regional economy,” Evers said. “It underscores how important connecting the dots sets our businesses, families and our communities up for success.”

“As a city, we are proud to have you in Kenosha. We are thrilled at what you have done, and we are looking to forward to the future you are going to bring to the people of the community and the employees that work for you.”

Evers and Wisconsin Economic Development Corp. Secretary and CEO Missy Hughes also announced Thursday that Heartland Produce will receive up to $500,000 in state income tax credits during the next three years. The actual amount of credits is contingent on the number of jobs created and the amount of capital investment completed by the company during that period.