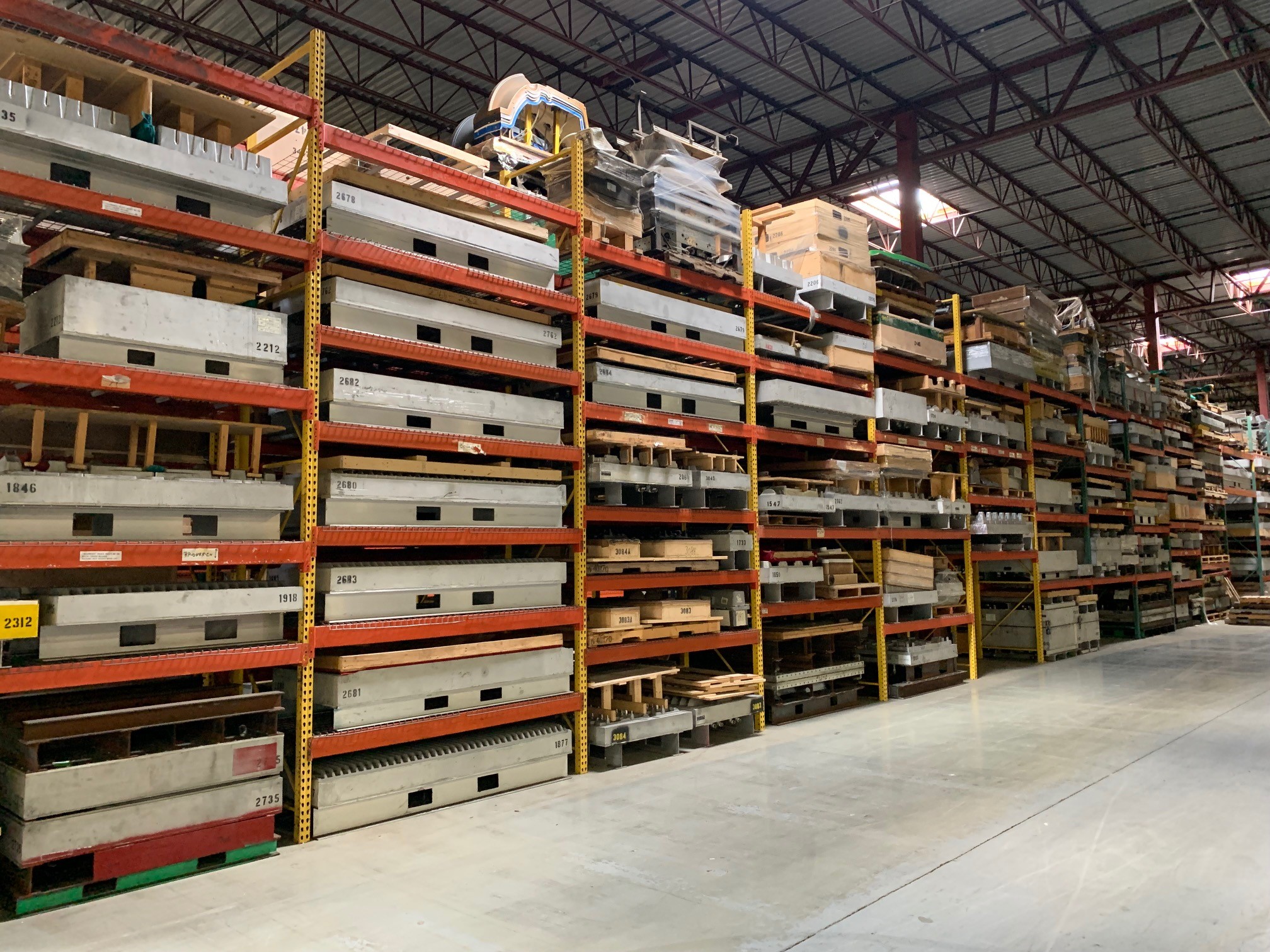 Allied Plastics has been busting at the seams for quite some time, especially over the past few years as manufacturing capabilities have ramped up.

“To be honest, I can’t remember a day in the last 25 years when we didn’t wish we had more space,” says Mike Stark, director of operations at Allied Plastics.

That wish was granted in June when the company’s owners, Steve Wieder and Tim Neal, gave the green light to begin moving into a new distribution center. After a few months of preparation, the new DC will begin shipping finished products on September 7.

Located in Wilmot, WI, the new DC is just five miles from Allied Plastics’ main manufacturing facility in Twin Lakes, WI. The Wilmot DC is replacing the company’s existing warehouse in Genoa City, WI, and is also sparing Allied from having to purchase or build a second warehouse in the nearby vicinity. (Allied’s main Twin Lakes facility was doing double duty as a distribution center, to some degree.)

Employees like Mike Stark aren’t the only ones who are thrilled with the new distribution center. Allied Plastics’ customers will also benefit in several ways.

Easier truck loading. The new DC has seven loading docks whereas the previous facility had four. More importantly, the new DC is in a more carrier-friendly location right off of Illinois Highway 173. The docks are far back from the road so there is less congestion and drivers can back in easily. There is also ample space for trucks to get turned around. Finally, because everything is now under one roof, carriers will no longer have to travel between two facilities (Twin Lakes and Genoa City) to pick up all of their cargo.

Deeper inventory levels. With so much additional storage space, Allied Plastics can bring in higher volumes of materials for longer periods of time. This is an important benefit these days when lead times have gotten much longer.

More manufacturing capacity. The new DC is enabling Allied Plastics to move its massive tooling inventory out of the main production facility in Twin Lakes. “This will create room for additional machining to increase production capacity as needed,” explains Mike Stark.

A two-month move, but a long time coming

Allied Plastics’ dream distribution center came pre-assembled, so to speak. The company was fortunate to find an existing facility that met all of its needs.

The new Wilmot DC was actually the very first Gander Mountain store. Toy maker Matel then purchased the building and operated it as an American Girl (doll brand) distribution center. That operation shut down a few years ago. “This building was already set up for major distribution operations, so it presented a great opportunity for us to make a move very quickly,” says Jon Larson, OEM sales manager at Allied Plastics.

“We made the transition from our Genoa City warehouse to the new DC in less than three months, and we did it with our internal material-handling team and equipment,” Brewster points out.

Brewster says Allied Plastics didn’t want to hire outside help for the move. At the same time, the company didn’t want to overwork its own employees.

“Fortunately, we were able to absorb a lot of the effort into our everyday production,” Brewster says. “Yes, there was a little bit of overtime involved. But luckily we have enough resources and talent that we were able to keep moving in both locations as needed. We’re also lucky to own a couple of trucks that helped us transfer inventory and racking, etc.”

Brewster says it was typical for one truckload to run from Genoa City to the new DC every day. Then, toward the end of the week, a team of employees went to the new DC to get everything set up and organized.

Streamlining and organization were key to pulling off the move in just a couple of months, and will also be key to making the most of the new distribution center.

“Now that we have a single distribution center with more docks, our customers will appreciate how quickly a truck can get in and out,” Brewster says. “Having a one-stop shop gives Allied Plastics an opportunity to become more efficient, as well. We can pick up finished product at the production facility and run it five miles down the road to the DC. This gives us a lot more capacity so our efficiency will naturally improve. A lot of companies never get to that point; it is just a dream.”

At long last, that dream has become reality for Allied Plastics —and its customers.