Looking to locate or expand your business in Kenosha County? Start here.

Using a combination of state and local resources, KABA helps companies navigate financing options and incentive programs to lay the foundation for success.

KABA has helped hundreds of companies to relocate or expand in Kenosha County through its extensive portfolio of community revolving loan funds which total more than $30 million.  These funds are used to provide low-cost financing options to growing companies that are either expanding an existing business or establishing a new facility.

KABA financing is available for:

If you are interested in obtaining financing from KABA and think your company may be eligible please contact KABA.  Interested companies may also fill out and send in a loan application available below.

Note: Please contact KABA for assistance to determine if your financing project fits within our revolving loan fund guidelines and, if it does, what information must be submitted along with your application.

Geneva Supply is a fast-growing, full-service third party logistics firm specializing in E-commerce. Based in Delavan, Wisconsin, the company also has locations in Charleston, SC and Phoenix, AZ.  They chose an existing facility in Western Kenosha County to be the site of their Chicago Area operations.

KABA supported the project with a $1.5 million loan that helped fund the purchase of the 385,000-square-foot building.   An additional $400,000 was provided to Geneva Supply through the Kenosha County High Impact fund, which supports economic develop projects that have a significant impact on the community.

Geneva Supply has expanded their operations significantly with the expansion into Kenosha County, which allowed them to grow in this key region and better serve their customers.  The company plans to employ more than 100 employees at the facility initially, with that number expected to grow as they establish operations. 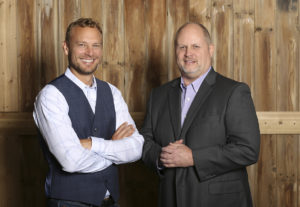 “We could not be more excited to revive this fulfillment warehouse and join the Kenosha County community.  We truly appreciate the support of the Kenosha Area Business Alliance as well as Kenosha County to help make this project come together. ”

There are a number of state and local programs to support investment within Kenosha County.  Both the State of Wisconsin and Kenosha County want companies to locate, expand and thrive here – and these programs are designed to help make that happen.

The Kenosha County High Impact Fund incentivizes major economic development projects – developments which create at least 50 new high-paying jobs and/or involve a capital investment of at least $3 million.  To date, KABA has issued $$3,075,000 in high impact financing since the fund’s inception in 2013.

Since its inception, the High Impact Fund has contributed to the creation of almost 1,475 new jobs and $168 million in new private investment.

Nexus Pharmaceuticals is a woman-owned, privately-held pharmaceutical company based in Lincolnshire, IL that produces specialty and generic injectable drugs relied upon by hospitals across the U.S.

Nexus’ new state-of-the-art manufacturing facility is being built on a 16-acre parcel of land in the Prairie Highlands Corporate Park in the Village of Pleasant Prairie. The new facility is the only project of its kind in sterile generic injectables in the last 30 years.

The Wisconsin Economic Development Corporation (WEDC) authorized the company to receive up to $1.5 million in state tax credits over their first four years in business in Kenosha County. The actual amount of tax credits received will be contingent upon the number of jobs created and the amount of capital investment the company makes during that time. Kenosha County provided $500,000 from its High Impact Fund.

Nexus will hire 77 workers in the fields of high-tech production, engineering, quality control, and supply chain management, at an average annual salary of $70,000. The total project investment is estimated to be $250 million. 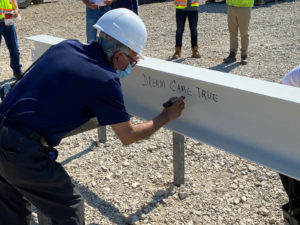 Follow Nexus’ progression as they build their manufacturing plant, referred to by the company as “Project Tomorrow”.  To view their live progression, we invite you to visit nexuspharma.net/project-tomorrow where there is a Live camera view of the plant, updated every 30 minutes.